Guess I will not be eating Oscar Mayer (Meyer) hot dogs any more! 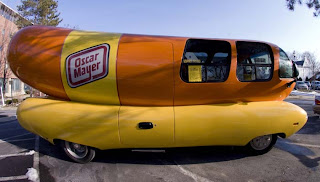 Ok, my thoughts were to first take this off however it is only fair to send out an apology, post the fix and leave it up so others are able to see it is a fabrication.


Summary of the eRumor:
An email from a man who says the Oscar Mayer company refused to give hot dogs to the troops in Iraq and said it does not support the way. The man urges a boycott of Oscar Mayer.

The Truth:
This eRumor is a hoax.

It is virtually identical to an eRumor that has been circulated about Starbucks coffee and that is also not true. Sgt. Howard C. Wright is real and was the originator of the Starbucks email but he later retracted it after Starbucks explained that it was wrong. Somebody took the Starbucks rumor and changed the company name to Oscar Mayer. The eRumor incorrectly spells the name "Meyer" instead of "Mayer."

I realizes this is not technically a workplace death however some are going out to do a job and do not come home and even though there is that possibility going in it doesn't make things any easier on the families who loose them or the ones fighting along side them.

I received this email and to be honest I am not sure if it is true however I felt someone out there may know and if it is, you know what to do!

Recently Marines in Iraq wrote to Oscar Mayer because they wanted to let them know how much they liked their hot dogs and to request that they send some of it to the troops there.

Oscar Mayer replied, telling the Marines thank you for their support of their business, but that Oscar Mayer does not support the war, nor anyone in it, and that they would not send the troops their brand of hot dogs. So as not to offend Oscar Mayer, maybe we should not support them by buying any of their products!

As a war vet writing to fellow patriots, I feel we should get this out in the open. I know this war might not be very popular with some folks, but that doesn't mean we don't support the boys on the ground fighting street-to-street and house-to-house for what they and I believe is right. If you feel the same as I do then pass this along, or you can discard it and no one will never know.

Thanks very much for your support. I know you'll all be there again when I deploy once more.

PLEASE DON'T DELETE THIS ALLOW IT TO BE PASSED TO ALL IN MEMORY OF ALL THE TROOPS WHO HAVE DIED SO THAT WE MAY HAVE THE RIGHT TO CHOOSE TO SUPPORT THEM OR NOT!!!