Imperial Sugar in the News Again 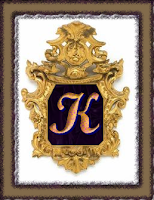 "There was a very thick dust level," said Edwin G. Foulke Jr., the assistant secretary of Labor for OSHA. The dust, he said, caused an "imminent danger situation."

Experts believe the Feb. 7 blast at Imperial's Georgia refinery outside Savannah was caused by ignited dust. The disaster has prompted OSHA to inspect hundreds of plants where combustible dust is a workplace hazard.

On Friday, OSHA posted a notice warning workers at the Gramercy plant of the "imminent danger."

"The company agreed to withdraw the employees and deactivate the equipment" for dust removal and cleanup, Foulke said. He said it would probably take several days to clean up the dust.

"I'm a little bit disappointed" with Imperial Sugar given what happened in Savannah, Foulke said.

John Sheptor, the president and CEO of Imperial Sugar, said the company is "proceeding with an abundance of caution at the Gramercy facility" because of the Georgia refinery explosion.

Maybe the questions that should be ask are:

Well I think the scenario went more like this...
Imperial Sugar has joined the ranks of those who value profits over people and gained our virtual Scarlet Letter. Mama would be proud!
Posted by Tammy at 7:41 PM