The Weekly Toll: Death in the American Workplace

As you will see the last few post are in the same formats or any real order.  Once we are caught up on It will get back to normal.  Bless the Families!

10/3/2015 - Newark, NJ  - Vitaliy Popovych, 41 was from Clifton and was working at TNT International LTD  when something went wrong and he was fatally crushed by a forklift.


10/2/2015 - Webster, CA - Giuseppe Santuccio, 51 was killed after being hit by Jacqueline Torres, 26, of Woodland, while he was standing near his big rig parked at the side Interstate 80 just east of Mace Boulevard. He worked for Bigge Crane & Rigging Co.

10/1/2015 - Atlanta, GA - Emmanuel C. Nwankwo, 23 was shot multiple times, but what was most surprising for others who work in the building was that the shooting involved two men who are paid to help keep them safe. He worked for SecurAmerica LLC, 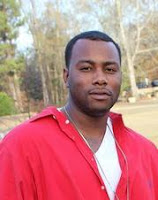 10/1/2015b - Orange City, FL A roofer died Thursday morning in an industrial accident at Coggin DeLand Ford, according to the Orange City Police Department. Police said they found Robert Heyman, 35, unresponsive and pinned between a bucket-lift and the roof of the business.  Another man who was in the lift dropped 30 feet to the ground, injuring his ankle.  He was an employee of Tecta America, a company contracted to do roofing at Coggin DeLand Ford.


10/1/2015 - Kevil, KY - Brandon Jermaine Mitchell, 29 was working for Sheehan Pipeline Construction Co. when he was struck and killed by falling tree the first day on the job he was from Mississippi.

9/29/2015 - Conyers, GA - deputies were called to a parking lot at the intersection of Ga. 20 and Oglesby Bridge Road near Conyers, the sheriff’s office said. Outside the Goodwill store, deputies found Pamela Yvonne Harmon, 57, dead from a gunshot wound. Harmon of Covington had worked at the Goodwill store for 11 years, and had previously worked with Johnson, but no possible motive was released. One man who called Harmon a friend brought flowers to a makeshift memorial Tuesday at the shopping center. 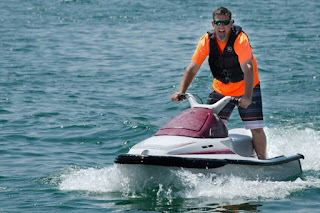 9/28/2015  Butler, PA - A sewer line worker died Monday when a 12-foot trench collapsed on him in Butler County.  Jacob Casher, 21, of Clearfield was part of a crew working behind Shelbourne Personal Care, a nursing home, on Dinnerbell Road in Penn.  The trench collapsed just before 2 p.m., and it took emergency workers several hours to recover his body, police said.  It's unclear why the trench collapsed.

9/28/2015 - Baltimore, MD - Charles Sibert, 72 was struck and killed by trusses that fell off delivery truck while working for J&R Transport Inc.

10/1/2015 - San Fernando, CA - Salvador Ortiz Gonzalez was killed in a fall from a roof. He worked for Builders Construction and Remodeling.

9/24/2015 - Chicago, IL - A man was killed when a wall collapsed as workers removed roofing material without proper permits at a Bronzeville neighborhood building Thursday morning, officials said.The man was identified as Daniel Miller, 46, of the 9900 block of South Nottingham Avenue in Chicago Ridge, according to the Cook County medical examiner's office. He was pronounced dead on the scene at 12:56 p.m. The Department of Buildings responded to a report of the wall collapse "immediately upon notification," the department said in a statement. "Upon inspection, the department learned that workers from the community were removing roofing material from the building without proper permits. The last permit issued for this property was an electrical permit on (Sept. 3) to install, conduit, new outlets, lights and switches."

9/24/2015 - Piscataway, NJ -Raymond Crosby, 52 was killed when part of the Beachwood Plaza roof collapsed on top of him. Investigators are starting to look into the death of a construction worker following the partial collapse of a building in the Bayville section of Berkeley Township. Raymond Crosby was working on the demolition team at Beachwood Plaza on Route 9 when part of the roof collapsed, killing him. Officials say the collapse happened just before 3 p.m. Thursday. According to the Ocean County Prosecutor's Office, Crosby was using an acetylene torch to remove girders. He was employed by Edgewood Properties, Piscataway

9/24/2015 - Avon Park, FL -The Highlands County Sheriff’s Office is investigating the apparent accidental death of a 55-year-old Avon Park man Thursday around 4:30 p.m., according to a news release. Authorities identified the victim as Jesus Macias-Lopez, 55, an employee of Quality Turf, where the accident happened, according to the Highlands County Sheriff’s Office. Macias-Lopez was injured — and he subsequently died — in the accident involving an agricultural tractor, the news release said. Hw was struck and killed by pin on oil and gas well drilling rig. He was pronounced dead at scence of the accident, Quality Turf, 2850 Bonnet Creek Road. The accident occurred off the roadway. 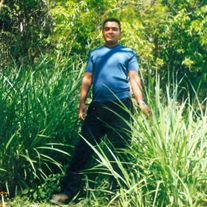 9/24/2015 - Bealton, VA - Jose Alfredo Lainez, 46 of Woodbridge, was working in the 6100 block of Willow Place in Bealeton, according to Lt. Col. Paul Mercer of the Sheriff's Office. The call went out for the accident at 11:36 a.m. When deputies and fire and rescue workers arrived, they found the man lying in a ditch, with no signs of life and an injury to his upper body, Mercer said. Emergency workers spoke with a doctor on duty at Fauquier Hospital's Emergency Department and confirmed the man's time of death at 11:53 a.m. He was struck and killed when chop saw kicked back while working for William A. Hazel, Inc.  The man was sawing on a work pipe with a gas-powered cutoff saw, Mercer said. The saw began binding, which caused it to kick back, causing the fatal injury.

9/23/2015 - Las Vegas, NV - 27-year-old Joshua Richard Meade, of Las Vegas, the coroner's office said Thursday. Meade, a contract worker, was injured just after 11 a.m. at The Thomas and Mack Center. He died later at a valley hospital. Joshua was struck and killed by trench plate while working for Dimick Development Company. The coroner's office listed his cause of death as blunt force injuries after being crushed by a trench plate, a large, heavy piece of metal often used to cover holes in roads. Traumatic asphyxia, caused by injuries to the chest area, also contributed to Meade's death.

9/23/2015 - Swansea, IL - Police have released the identity of the victim of a fatal Swansea lawn-mowing accident. Conner LaPointe, 18, of Pike Saw Mill Road in New Athens, was operating a commercial mower Wednesday near a pond near the 1800 block of Carrington Way when his mower rolled into a pond and trapped him beneath it. Conner was working for Gregory T. Wieland, This is the second fatal mowing incident in the metro-east in the last two months. On July 29, 74-year-old Duane Sudholt died when his mower overturned on an embankment in Shiloh. He was severely burned by leaking gas ignited by the hot engine. 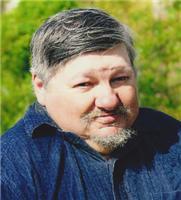 9/28/2015 - Wilmington, NC - Two workers have died when a backhoe they were using hit a power line in Wilmington. Multiple media outlets reported the incident happened shortly before 8 a.m. Monday. The police department said the victims were 55-year-old James Lemuel Williams of Richlands and 49-year-old Manuel Melendez Flores of Jacksonville. Another man was hurt but is expected to recover. Fire Department Battalion Chief David Hines said the men were unloading concrete vaults from a flatbed truck when the boom on the backhoe hit a power line. Hines said the backhoe became energized, which energized the wet ground where the men were. The city said the men were working with East Coast Contracting of Wilmington. The city hired the company for drainage improvements in the area. 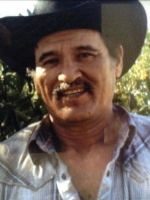 Posted by Tammy Spivey, Founder at 8:59 AM