OSHA the CSB and Me 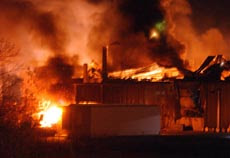 This photo may seem familiar it is part of the USMWF banner and is a constant reminder of why I spend so much time trying to make a difference for other families.

My brother Shawn was directly in front of the furnace during the first blast at Hayes Lemmerz and not much further during the second which was much more intense. Believe it or not he was a tough cookie and survived only later to be taken off of life support. His internal organs were burnt beyond repair, his eye sight was gone and his limbs damaged beyond repair. There were several reports as to how much of his body was burned and it ranged from 95-98% which at that point it really doesn't matter because much of it was 3rd degree burns.

Besides taking Shawn off of life support the most reoccurring image was of the priest who spoke to us and visited the burn unit on a regular basis he stated " I am sorry sorry, I have really never seen anything quit this bad since the war so prepare yourself before you go in." the second warning I received before walking in and seeing him. But there is no preparing to see a loved one in that position.

I have been around death before Shawn and since him; I know it's smell, it is distinct and there is no other that can compare. When it hits you it drains every inch of your body's strength and leaves you with a since of lifelessness.

I really didn't intend to go into this again as I hate it. It's a haunting experience that reoccurs and never gets less painful, never fades and no one should have to endure it. No family should have to deal with this and no person should have to die in this manner just making a living. 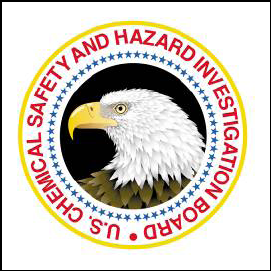 The CSB has been a hero of sorts to families who have a loss do to combustible dusts.

The CSB has investigated many of the combustible dust explosions and can include 50 industrial sectors including chemicals, textiles, metal processing, wood and furniture, wastewater treatment, agriculture, paper products, pharmaceuticals and recycling operations for metal, paper and plastics.

In a 25 year span 119 workers have been killed and more than 700 in combustible dust explosions. The CSB has fought long and hard to gain regulations for combustible dust with no real response from OSHA.

So on Oct. 19, 2007 OSHA announced a combustible dust safety programm. The instruction is available electronically on OSHA's Web site. OSHA mostly based it's instruction on the on CSB's studies and NFPA standards and codes some of which came out of the CSB investigations.


“We’re certainly pleased that OSHA is paying increased attention to this area of deadly accidents,” said Daniel Horowitz, spokesman for the safety board."

“We certainly are going to study the OSHA action closely,” Horowitz said. He noted that the safety board has made multiple recommendations
Posted by Tammy at 10:24 PM