Although Labor Secretary Elaine L. Chao's mysterious December proposals are still undisclosed the cat is out of the bag. The mystery proposal will "call for reexamining the methods used to measure risks posed by workplace exposure to toxins. The change would address long-standing complaints from businesses that the government overestimates the risk posed by job exposure to chemicals."

To many it may even sound a bit innocent but as those in health and saftey know it has taken house and senate hearings to gain any change in the bush administrating as is. Now there solution is tie the hands that change.

"This is flat-out secrecy," said Peg Seminario, director of health and safety policy at the AFL-CIO. "They are trying to essentially change the job safety and health laws and reduce required workplace protections through a midnight regulation."

Seminario said she was stunned that the administration would consider the rule its top priority, when for years it has "slow-walked and stalled" safety rules that would reduce worker deaths and injuries from diacetyl and beryllium.

David Michaels, an epidemiologist and workplace safety professor at George Washington University's School of Public Health, said the rule would add another barrier to creating safety standards, in the name of improving them.

"This is a guarantee to keep any more worker safety regulation from ever coming out of OSHA," Michaels said. "This is being done in secrecy, to be sprung before President Bush leaves office, to cripple the next administration."

It's only 6:56 and the post has already received 64 comments. 64 comments and not one is really surprised over the administrations antics but they are made as hell. Even my 9 year old had a comment this morning, "That's my country, just kick butt and ask questions later." Which is more than our government is giving us at this point. Nine years old and he gets it.

My son is a bit of a geek but if our children get it and the adults get it how is it that it is allowed to continue. As far as I can see there are still people out there that are fed up but busy, to busy to know the details. So it is up to the ones who have the detailed knowledge to find a way to convey. 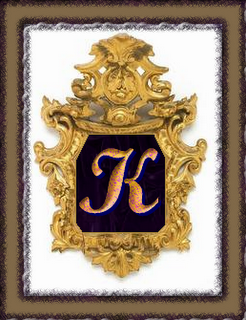 Don't sound like a raving lunatic, give them just enough information to peek their interest or shock them then tell them to look it up. They do almost every time and when you speak again give them a little more. Once you have done that a few times they learn the truth not yours, not those we oppose but they make an informed decision. Then you just have to show them how to make some noise.

The biggest reason people do not act is because they don't have all the facts not because they don't care. I know this because I was one of those uninformed and I am still learning but the point is; not to know it all but to use what you have. If you don't like it change it, find someone who has the info you need and team up but do something. As my son says, Kick butt and ask questions later."

Believe it or not Women made the scarlet letter. A sad day for the skirts and mother hood. You would think they may consider one day their children and grand children will be out there in the workforce.