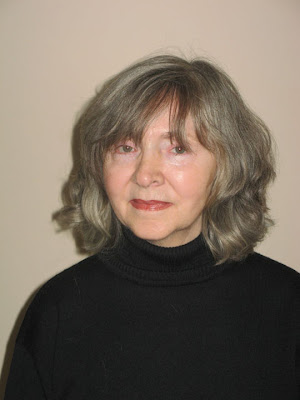 We have been waiting a long time for Patrice's book to be released. It will contain many family members experiences and Patrice's understanding of how the system works and what it will take to fix it. This book will add a new voice to the ranks, Patrice previously had no transactions with the system therefor no preconceived ideas and I feel this is a wonderful book for the families who will find acknowledgment and guideance and H&S to get a real feel for the families and injured.

Patrice has had a long career in hospital, health care and mental health administration, as well as serving on many state and community boards, and as a hospital board officer. But it was a fall with permanent injury, at a hospital at which she worked, that ended her career and created the impetus to write this book.All across America’s workplaces; workers are being injured, killed or exposed to toxic chemicals from which they are dying. An estimated 66,000 persons die each year from occupational illnesses and injuries in our country: An epidemic of monumental proportions. Almost a century after the introduction of Workers’ Compensation; workers, their families, communities – all pay the price for the devastating human and environmental consequences of this failure to hold corporations accountable for their actions.

The stories in Depraved Indifference are the stories of ordinary people. Discarded and forgotten by their employers, denied medical coverage by the workers’ compensation insurers; many have been left to die, slowly and agonizingly, unnoticed by all but the ones who really care - their grieving families.

Depraved Indifference represents over five years of research and interviews. It lays bare a Workers’ Compensation system that cavalierly exposes workers to severe injury, toxic exposure and death; while throwing the major cost unto the family and the taxpayer, without fear of lawsuit, prosecution or even public outcry. It is a call to action.

Depraved indifference is also a trait of the workers comp boards in Canada. Unfortunately in Canada if you are injured on the job your medical and legal rights are totally removed by legislation.
The result is that inured workers with permanent injuries are subjected to years of appeals, forced into poverty, not receiving medical treatment, and are committing suicide because of this mistreatment. Thank you for writing a book on this issue. hopefully it will go a long way to wake up the sleeping population who is unaware of the trauma injured workers are subjected to mentally, emotionally, and physically. Workers comp is the most abusive progam ever to be devised by government. We need to come togeher on both sides of the border to change this abusive system.

Thank you for the comment. I to be honest have contacted several people in Canada with not much response. I too feel it is important; families are families no matter what piece of land we live on.

She is great and i plan to let everyone know when they can get the book.

Here are two injured workers sites from Canada. They might help you contact people and get more info. They are good information resources.
www.ciws.ca
www.wcbcanada.com

Definitely big issues in Canada too. The WCB's simply don't pay what they are supposed to pay for. Instead they run in circles. If employers had to pay for injuries, job illness, well at least there would be a deterent.

Here is a good site www.ciwa.ca wake up gov read the truths. There are Shareholders, company's plus these new store front training schools making $$$ off the backs off the injured workers.

Anonymous said...
This comment has been removed by a blog administrator.
10:25 PM